Apparently it seems I will do anything to avoid finishing off writing that review of Commando Leopard – so near and yet so far… I’ve been spending some time working on my other website Hero Culte but to prove to you that I have not been neglecting my Klausie, I just spent a small fortune on more Kinski stuff and here it is:

First up, one of my favourite stills from Nachtblende (L’Important c’est d’aimer), 1975, dir Andrzej Zulawski.  I’ve wanted this print for a while now and finally I have it!

Another original 1960s postcard from Germany, this time of Klaus looking totally arrogant alongside Pierre Brice (who I always remember for Star Maidens rather than anything else) in Winnetou II, 1964, dir Harald Reinl.  KK looks gorgeous, doesn’t he? 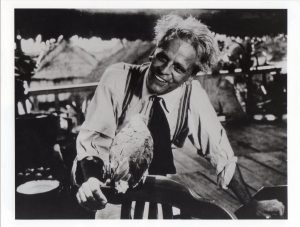 A still from the Jesus Christus Erlöser show. 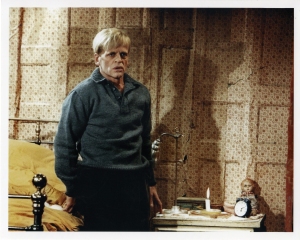 Klaus looking cute in his little pullover in La femme enfant, 1980, dir Raphaële Billetdoux.  I haven’t seen this film yet, but I really want to so I must get it even if it has to be without subtitles.

I’m not sure which film this is from – if anyone knows (Konrad?) send in some information, please!  I really want to see it (if I haven’t already) – Klaus in a hat, a dickie bow and sticking his tongue out as well, what’s not to like?! 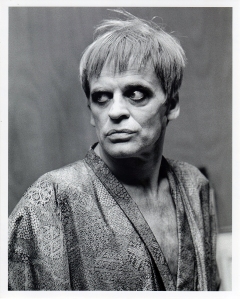 This looks like it’s from Nachtblende again, but I could be wrong.  Anyone know?  A fabulous look though. 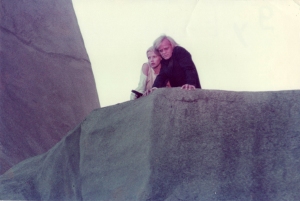 A shot from one of my favourite Klaus Kinski films, Zoo zéro, 1979, dir Alain Fleischer.  With the lovely Catherine Jourdan.

And finally two great shots of Klaus with Minhoi:

I don’t speak Italian but it doesn’t take a genius to work out that these photos were around the time of Klaus’ marriage to Minhoi and the press information also seems to mention the fact that Klaus was playing Edgar Allan Poe in Nella stretta morsa del ragno, 1971, dir Antonio Margheriti.  Anyway, what a handsome couple they made!

What’s next? I guess it’s that long awaited review of Commando Leopard…